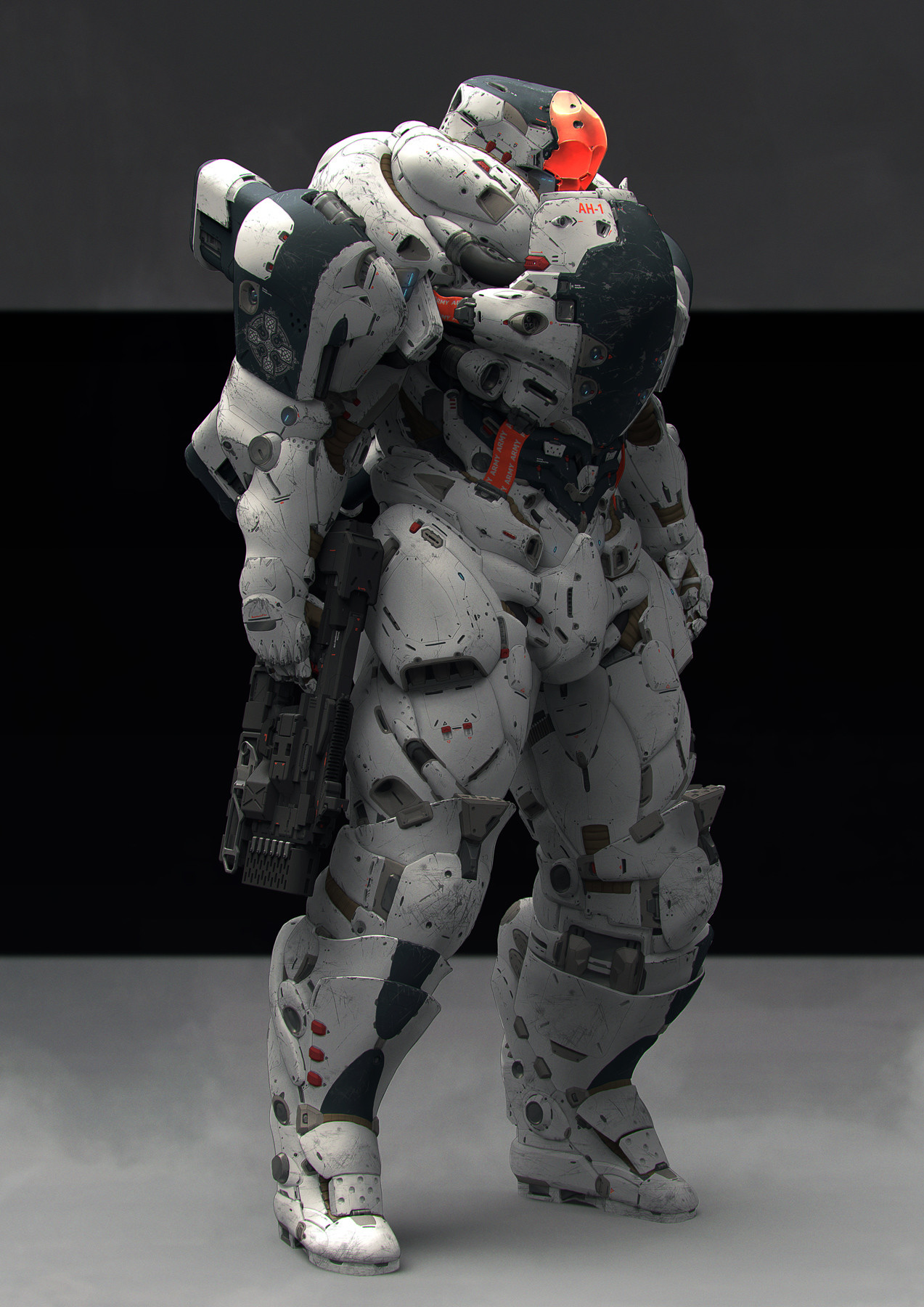 I always get the shakes before a drop. I've had the injections, of course, and hypnotic preparation, and it stands to reason that I can't really be afraid. The ship's psychiatrist has checked my brain waves and asked me silly questions while I was asleep and he tells me that it isn't fear, it isn't anything important — it's just like the trembling of an eager race horse in the starting gate. I couldn't say about that; I've never been a race horse. But the fact is: I'm scared silly, every time.

Juan Rico, p. 1, opening paragraph, internal monologue before the raid on the Skinnies

"Don't you know about sergeants? ... They don't have mothers. Just ask any trained private." He blew smoke towards us. "They reproduce by fission ... like all bacteria."

I made a very important discovery at Camp Currie. Happiness consists in getting enough sleep. Just that, nothing more. All the wealthy, unhappy people you've ever met take sleeping pills; Mobile Infantrymen don't need them. Give a cap trooper a bunk and time to sack out in it, and he's as happy as a worm in an apple—asleep.

There are no dangerous weapons; there are only dangerous men.

"If you wanted to teach a baby a lesson, would you cut its head off? Of course not. You'd paddle it. There can be circumstances when it's just as foolish to hit an enemy city with an H-bomb as it would be to spank a baby with an axe. War is not violence and killing, pure and simple; war is controlled violence, for a purpose. The purpose of war is to support your government's decisions by force. The purpose is never to kill the enemy just to be killing him...but to make him do what you want him to do. Not killing...but controlled and purposeful violence. But it's not your business or mine to decide the purpose of the control. It's never a soldier's business to decide when or where or how—or why—he fights; that belongs to the statesmen and the generals. The statesmen decide why and how much; the generals take it from there and tell us where and when and how. We supply the violence; other people—'older and wiser heads,' as they say—supply the control. Which is as it should be."

Sergeant Charles Zim, p. 63; responding to Ted Hendrick's question on the purpose of infantrymen in the nuclear age.

There is an old song which asserts that "the best things in life are free". Not true! Utterly false! This was the tragic fallacy which brought on the decadence and collapse of the democracies of the twentieth century; those noble experiments failed because the people had been led to believe that they could simply vote for whatever they wanted… and get it, without toil, without sweat, without tears. … I fancy that the poet who wrote that song meant to imply that the best things in life must be purchased other than with money — which is true — just as the literal meaning of his words is false. The best things in life are beyond money; their price is agony and sweat and devotion . . . and the price demanded for the most precious of all things in life is life itself — ultimate cost for perfect value."

There are a dozen different ways of delivering destruction in impersonal wholesale, via ships or missiles of one sort or another, catastrophes so widespread, so unselective that the war is over because that nation or planet has ceased to exist. What we do is entirely different. We make war as personal as a punch in the nose. We can be selective, applying precisely the required amount of pressure at the specified point at a designated time. We've never been told to go down and kill or capture all left-handed redheads in a particular area, but if they tell us to, we can. We will.
We are the boys who will go to a particular place, at H-hour, occupy a designated terrain, stand on it, dig the enemy out of their holes, force them then and there to surrender or die. We're the bloody infantry, the doughboy, the duckfoot, the foot soldier who goes where the enemy is and takes them on in person. We've been doing it, with changes in weapons but very little change in our trade, at least since the time five thousand years ago when the foot sloggers of Sargon the Great forced the Sumerians to cry "Uncle!"

There was no god but the Lieutenant and Sergeant Jelal was his prophet.

"Peace" is a condition in which no civilian pays any attention to military casualties which do not achieve page-one, lead-story prominence-unless that civilian is a close relative of one of the casualties. But, if there ever was a time in history when "peace" meant that there was no fighting going on, I have been unable to find out about it.

Juan Rico, p. 82, internal monologue on the start of the Bug War.

"To the everlasting glory of the Infantry—"

Last line of the novel, From The Ballad of Rodger Young, p. 263